The awareness around privacy is shockingly lacking in Pakistan and the latest show of the same was done by singer-turned-politician Jawad Ahmad’s Barabari, literally ‘equality’ party on its social media accounts. In a post, it’s asking you to sign up for party’s social media team by posting your phone number in the comments section. 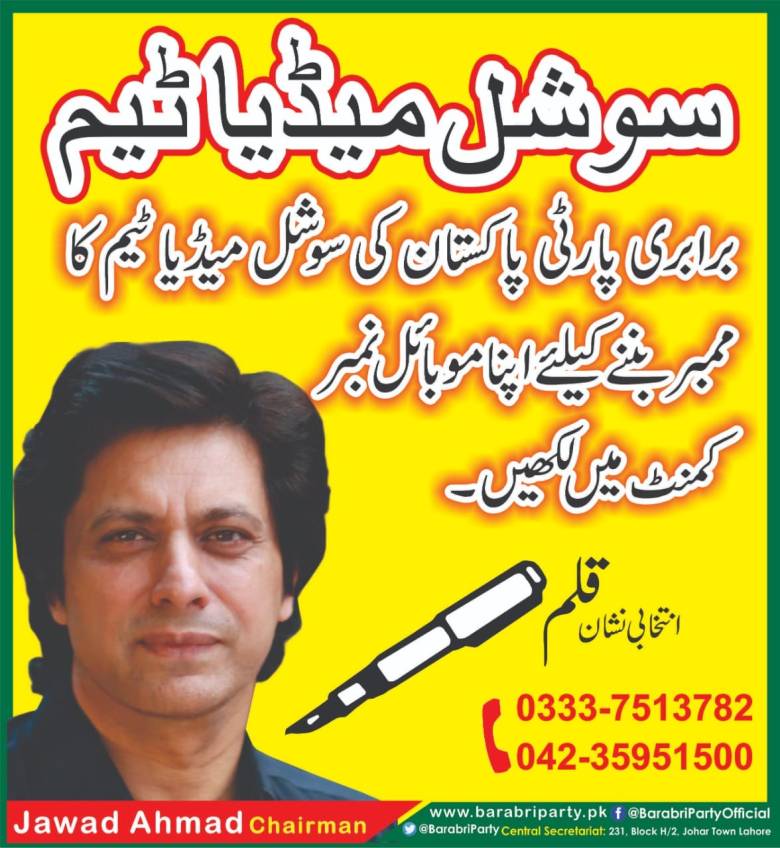 I get the intention of Jawad Ahmad and his team are good and through their politics they want to empower the working class and bring about the positive change in the society but with this sheer ignorance, I, for one would be skeptical. I also don’t want to be too critical because I want to support efforts like his and I get that this may have happened because of lack of resources etc. To that, I would like to say get your act together first and then promise change.

Creating a massive privacy nightmare for everyone is not a good way to start campaigning.

What’s in a phone number?

To those still wondering what’s wrong in asking your phone number publicly, here are a few bullet points to consider:

Privacy matters. Anyone and everyone has the right to expect privacy of their data — including the ones willing to join the party. Safeguards and measures need to be put in place to ensure data is handled properly and in a manner it is intended for. All of this leads to a larger debate; the much needed data protection legislation in the country.

Until and unless those wreaking privacy havocs are held accountable and brought to justice, the seriousness about data handling will always be lacking and that is not okay.