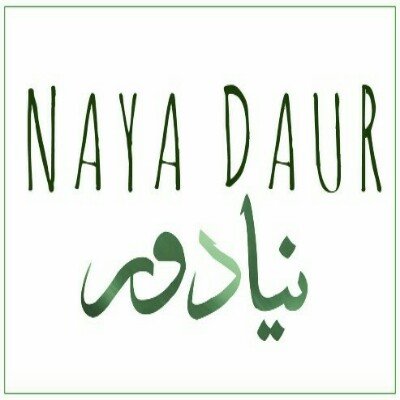 Reports are now coming in that an emerging digital media platform, NayaDaur, led by progressive Pakistanis accommodating diverse views has been blocked from viewing in Pakistan. When trying to visit the website using a Pakistani ISP, the domain name simply doesn’t resolve while the website is perfectly accessible from outside the country.

We've received complaints that our website is not reachable for Wateen and Zong users. It is feared that it has been made unavailable for users in Pakistan by PTA. However, we are trying to confirm it. Please let us know if #NayaDaur is accessible on your service provider. pic.twitter.com/SyOU4FzGdr

Not working on Stormfibre either

It is not accessible thru Witribe Lahore, and it was accessible when i tried thru Proxy VPN, definitely it is blocked. pic.twitter.com/8eGqIf9RQc

Censoring a platform like this one makes no sense. It isn’t any other unfiltered blog site but a platform that carries meaningful conversations and debates in a civil manner. Oops, I guess that’s exactly what got it into trouble. The past few months have been particularly distressing for open discourse and debate in the country. The state is acting as a control-freak who would shut down any voice it does not like to hear.

But now is not the time to give in. It’s time to resist and it’s time to push back! I reject and condemn censorship of NayaDaur and urge you to do the same. Let us freely talk, engage and debate issues. UNBLOCK NAYA DAUR RIGHT NOW!

[#AchaSorry] New striped condoms in association with Maulana and Azadi March! 🍆🍌🍑👠 🙈😂
After the good Taliban/bad Taliban, here comes the good item number vs a bad one! 😂 It's hilarious how 'haraam' becomes 'halaal' in national interest! 😂🤣 @neelammuneerkhan #Pakistan #lollywood #ispr #kaafkangana #PakistanArmy
Priorities! 🤦🏾‍♂️ No tattoos in halaal land! #tattoos #Pakistan
Trigger warning: rape Pakistani filmmaker Jami has come forth with his own #MeToo story saying he was brutally raped by a powerful media personality 13 years ago! He has not named the predator. #Jami
After normalising cousin-marriage in almost every show, this Pakistani show starring @sajalaly and @ahadrazamir is now romanticising workplace harassment! 🤦🏾‍♂️ How is this okay in 2019! Just listen to the dialogues and the whole thing is pure cringe! What do you think? #YehDilMera #SajalAli #AhadRazaMir #Youthmagazine #voiceofinternet #pakistanmagazine
×
%d bloggers like this: